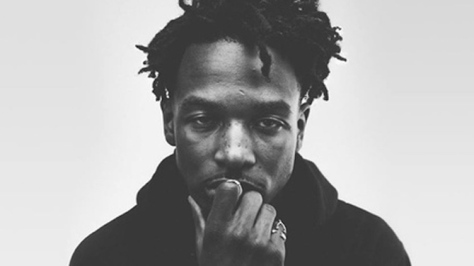 OVO Radio episode 23 was wild. This post might be coming two days late but I didn’t get the chance to listen to the full episode until this morning. After listening I realized two things. One, Drake can DJ pretty well and two, Roy Wood$ is raw. The Ontario native has been building quite the buzz in the past year and I don’t see why he won’t continue to grow into 2016. Check out his two new singles “Why” and “Dolo in Da Cut” below.

Allan Kingdom has the most intoxicating flow in hip hop or rap today. The way his voice bounces around the beat is mesmerizing. The first time I noticed this was on the single he did with Kevin Abstract titled “Already.” Since then, the Canadian born, Minnesota based rapper has grown immensely. His free album Northern Lights dropped yesterday and it showcases the growth he’s made as an artist since we last heard him on his debut full length project Future Memoirs, which was phenomenal. Spanning 13 tracks, this album has features from DRAM, Jared Evan and Chronixx. Give it a listen below and enjoy.

Chance The Rapper and The Social Experiment will be hitting the road again very soon. The Chicago artist recently announced tour dates all across America and Canada. Expect this tour to be epic. Check all the dates above and be sure to get your tickets today, they will be going fast! Hope to see you guys out there.

IYRTITL sold 535,000 copies in it’s first week and, according to the Sales Plus Streaming System, has sold 1,011,041 copies since Feb. 13. The album went platinum before the physical CD was even released. That means that the only purchases were online. The fact that Drake is pushing these numbers with a surprise album that he released for no reason other than getting out of his contract with Cash Money is absolutely ridiculous. The Canadian can do no wrong.

Jazz Cartier delivers a video for his breakout track “New Religion”. The Toronto rapper seems to have next up some we can’t wait to see what he conjures up next. Watch the video for “New Religion” below.