2 Chainz surprised his fans yesterday with a brand new EP titled Felt Like Cappin. These six tracks actually bang hard as fuck and need to be streamed. The only feature is Lil’ Wayne and thats a huge high light. Enter the Real University by hitting play below. 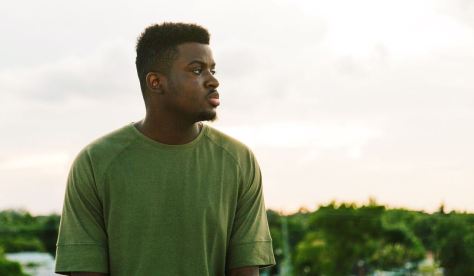 Sylvan LaCue and producer Fortune teamed up to make the bulk of this EP in about a week.

With Fortune’s upbeat production and the way Sylvan flows over everything effortlessly it’s hard to not draw the parallel to Goldlink’s latest release And After That, We Didn’t Talk. That being said, there’s a world of difference between the sounds that both artists achieve. Sylvan’s EVANGELINE EP should be on everyone’s radar. It’s a love story with the perfect mixture of singing, rapping, soundbites and bass heavy production. Check out the project below.

Toro Y Moi is keeping all of us on our toes with these random releases. Following up his “Room For 1Zone” release from a little over a week ago he’s back with “2Late.” The track features Kool A.D. and SAFE and can be listened to below. His EP is due out this fall.

Curtis Williams released an EP a few days back of some B-sides from his previous mixtape Danco James. Zip Skylark includes  eight tracks with features from Jace, Key!, Smoke DZA, Rome Fortune, Matik and Red. You can stream and/or download the EP below. William’s debut album All This Mayhem is coming soon.

IKON picked a bad time to drop off this tape. With Kendrick, Action Bronson and Earl all dropping albums in the last month a lot of music fell through the cracks or got looked over. Luckily, I took the time to listen to this from start to finish, twice. Thanks in part to the fact that Spazz and Reelo of ASA spammed my Twitter timeline with it when it released. So when I saw it on Soundcloud earlier today I decided to give it a listen. I’m very glad I did. After two complete run throughs I would recommend this tape to anyone who’s into music. IKON has an incredibly mature, confident flow. The tape is of the highest quality. From the album artwork, features, production and lyrics there’s no aspect of the project that makes me think something could have been done differently. Give this a listen tonight while you’re getting ready for your week of school or work, you won’t be disappointed.  Also, keep an eye out for more from IKON in the future.